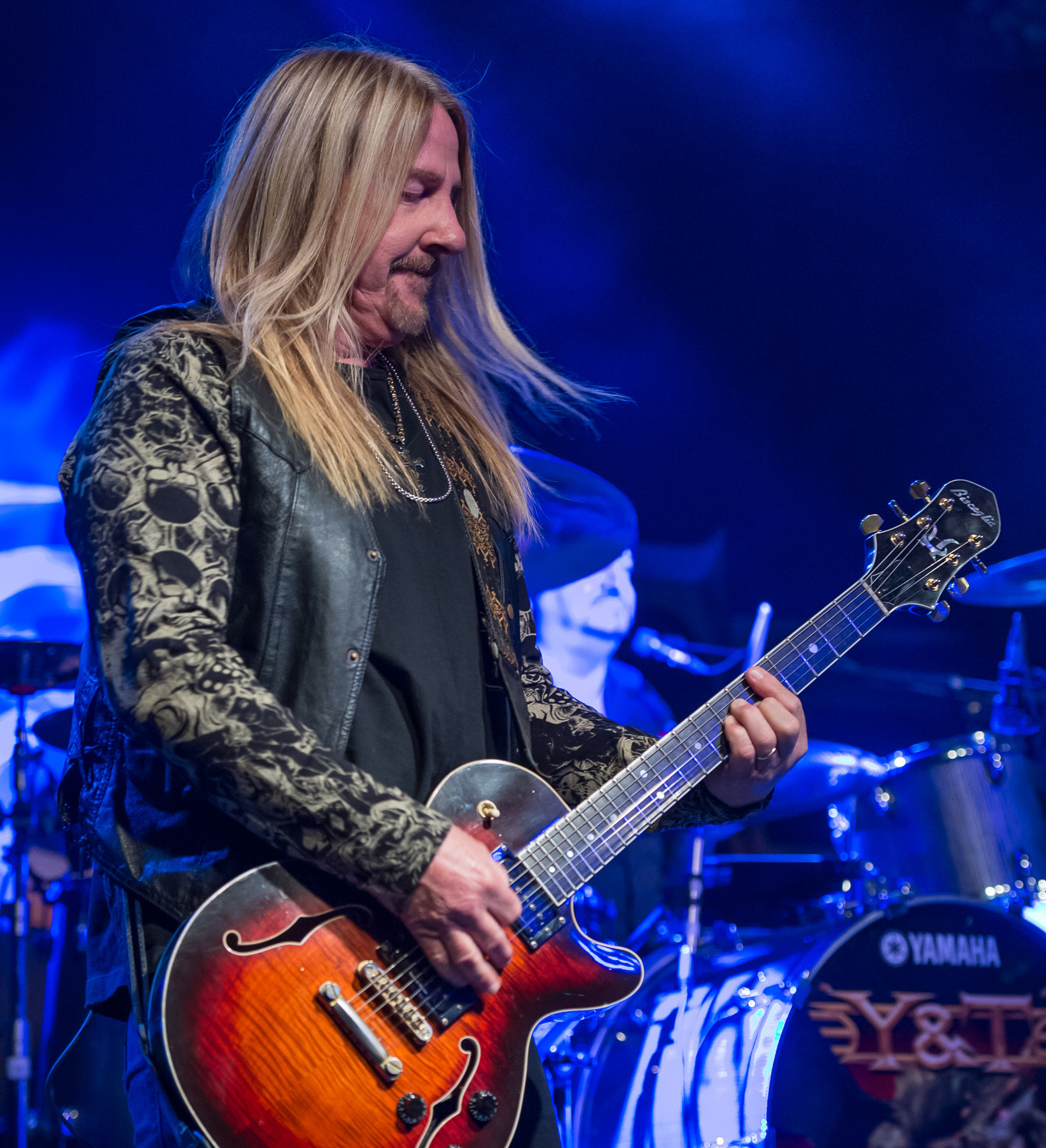 Back in the 1970s, John was very influenced by two guys whose cover band played at his high school-Leonard Haze and Dave Meniketti. Yesterday & Today was the first band of guys that John knew who were “really good.” They were a huge influence on John to want to play guitar.

John’s band Mile Hi began in 1974-the same year Y&T started playing original material. He refers to Mile Hi as a “junior Y&T” and says they modeled themselves after Y&T with two guitars, bass and drums. They intentionally used the same style of songwriting, they watched Y&T rehearse, and they opened shows for Y&T. Mile Hi eventually developed into 415, which later changed its name to the Eric Martin Band (Eric was the lead singer for Mr. Big). With the Eric Martin Band, John’s accomplishments included two videos on MTV, a performance on American Bandstand, and the band played every coliseum in the Bay Area. In 1984, they lost their record deal and disbanded. Two weeks later John was asked to join Y&T as a background singer for the In Rock We Trust tour. After touring with his good friends in Y&T for four years, John joined the Greg Kihn Band for a year. He also spent several years performing solo. In 1998, John joined back up with Eric Martin for two more years. He also played with Troy Luccketta (Tesla) in the band Big Blue Frog until Troy rejoined with Tesla.

When John got the call to join with his pals again in Y&T, he didn’t have to think twice about it. He had a history of friendship, singing background vocals, playing keyboards, touring, and co-writing songs with the band, but he had always dreamed of playing guitar in Y&T. John is living proof that dreams really can come true.

John currently tours the world with Y&T.  John’s first solo album will be released on IAC Records in 2021.