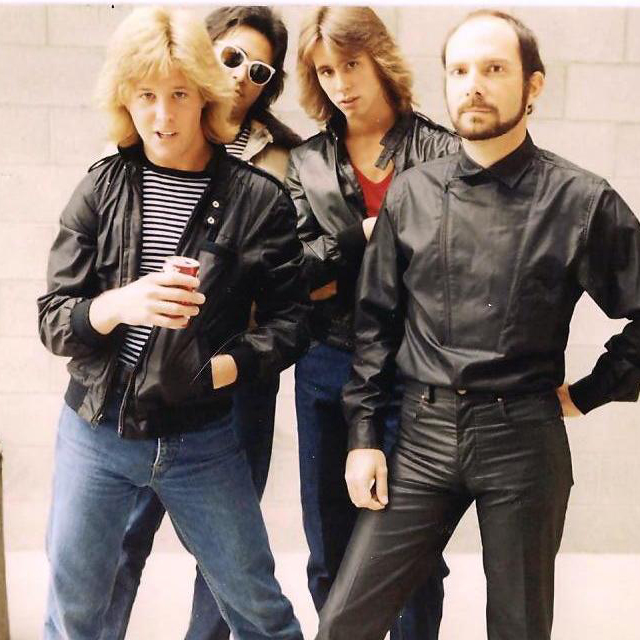 After getting his chops together through his 10,000 hours of practice and playing in mostly top 40 cover bands, by the age of 21, Eric Westphal had started his own full on original pop group he christened the James Blonde Band. This band played all original songs mostly penned by Eric and throughout Northern California they enjoyed heavy radio airplay with a solid three year run of independent record output. The James Blonde Band opened multiple shows for major headliners of the day, Journey, Greg Kihn, Elvin Bishop, Tommy Tutone, The Eric Martin Band, Steele Breeze, The Rubinoo’s, Paul Collins Beat, The Brains & The Pretenders to name a few. The band did one video in 1982 for their single; Every Boy Wants To Be With My Girl and had major record company interest at the time. In 1986 the original James Blonde disbanded after the tragic and sudden death of best friend and bass player Marvin Hudson. Marvin was clearly a major contributor to the sound of the band, musically and vocally, and it could never be the same without him, so Eric ended the band.

Many years went by, yet in the early 90’s another version of the band formed and played throughout mostly the Northern California area opening for the many classic bands that came through the California Central Valley. This version of James Blonde was mainly a live band that opened for great bands like Foghat, Molly Hatchet, Jet Red and Babylon A. D. Conversely, reputation withstanding – the band was also asked to open and preform frequently before some of the classic rock bands from back in the day, as diverse as Iron Butterfly, The Vanilla Fudge, Canned Heat, Norton Buffalo, The Chambers Brothers and Eddie Money. Eric and the band continued to share the bill with multiple artists and headline their own Northern California shows with great success. The charm of the band is that they had that driving power-pop rock, yet the songs sang melodic and seemed to fit in any environment – basically, they could share the stage with anybody. The only thing this version of the band didn’t do was record – other than some of their live performances.

Eric went on to form yet another version of the band in the early 2000’s to record two fine power pop albums featuring the original 80’s material with some additional new songs penned mostly by Eric – ‘International Orange’ & ‘Stockton Rhythm’ and both these recordings capture that unique & original melodic power-pop sound the band was so famous for.

Both records are available here at IAC Records. Enjoy!